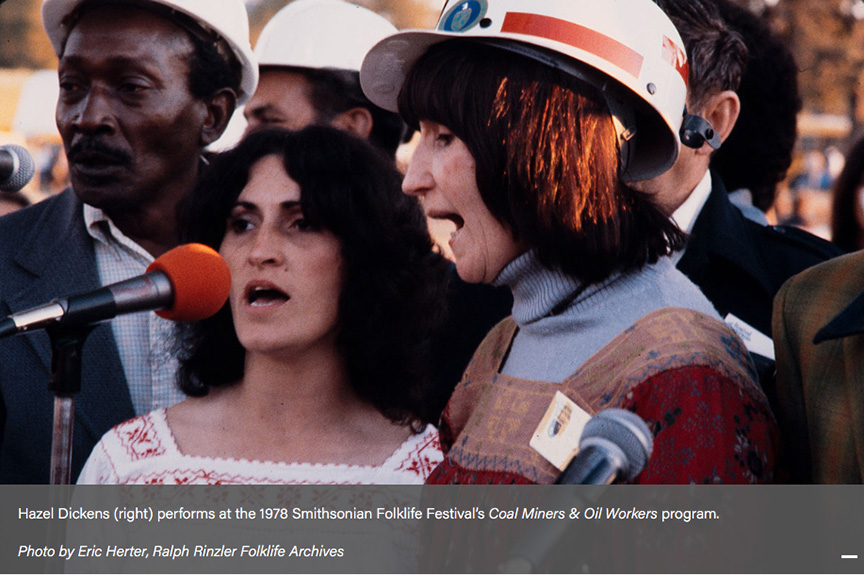 Folklife magazine, a publication of the Smithsonian Institution, recently featured a story about Inaugural Inductee Hazel Dickens and her tireless work ethic. The article was written by West Virginia state folklorist Emily Hilliard and was informed by archival interviews, writings, correspondence and performances by Dickens. Click here to read the article.

One of the more wildly creative people on the planet, Charleston native, actress, singer and auteur Ann Magnuson, produced a unique two-minute video “welcome” that will open the WVMHoF’s Induction Ceremony TV broadcast. It’s a heartwarming message underpinned with her own brand of sly humor and lo-fi creative visuals.

The ceremony was filmed at the Culture Center Theater September 20-21 and will also include presentations and musical segments taped in Nashville, Los Angeles and Bakersfield, CA.

“It’s an honor for us as an organization to be able to showcase the talents of these artists,” said WVMHoF Director Michael Lipton. “And we feel it’s important for West Virginians to know and take pride in these musicians who have contributed so much to the rich quilt of American music.”

“Due to restrictions imposed by COVID-19, we had to be creative in putting together this year’s ceremony,” Lipton added. “As a result, we have a number of performances, presentations and remarks that were filmed in other parts of the country. While there’s no substitute for a live audience and live TV, I think we’ve put together a great show – and one that showcases the considerable talents of these West Virginia musicians.”

The WVMHoF’s eighth induction ceremony brings the total number of inductees to 58, representing all parts of the state and musical genres ranging from traditional, country and bluegrass to rock, opera, soul, R&B and gospel. 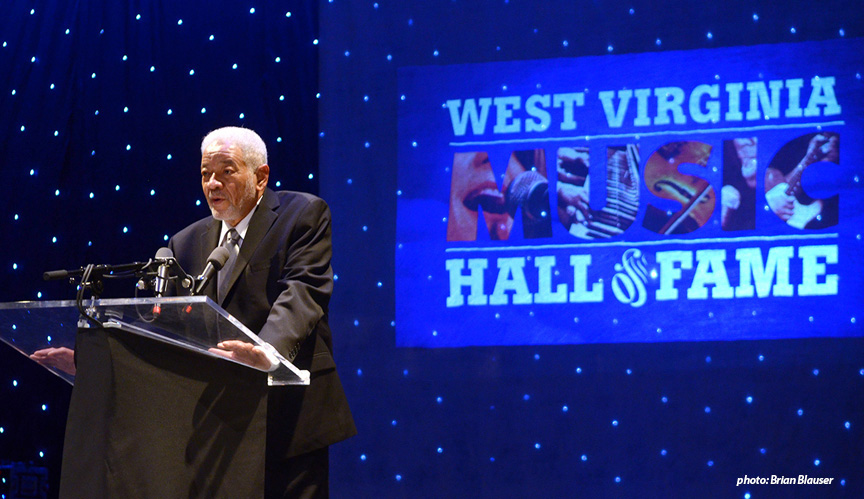 It is with much sadness that we share that Bill Withers has passed. Bill was inducted into the West Virginia Music Hall of Fame in the inaugural class of 2007.

There is simply not enough we can say about both Bill and his wife Marcia. They both are incredibly wise and compassionate human beings with an extra-large helping of wisdom, humanity and humility.

Bill has become a beacon and an icon – not just because of his music but for his dedication to caring about people. To that end, “Lean on Me” is an anthem whose time has clearly come again. Very few need to be reminded of his contributions to American music… and we have no doubts that you will continue to hear his magical songs many, many times in the future.

On a more personal level, Bill always made himself available to help the West Virginia Music Hall of Fame. Why? We think he just “got” what we’re trying to do. And although he did not wear rose-colored glasses about some of his life experiences in West Virginia, he embraced the state with a rare (and cynical) passion.

Years after he stopped performing, he agreed to do a spoken word track for the WVMHoF’s tribute to Little Jimmy Dickens – someone he listened to and admired. His reading of “Raggedy Ann” is classic. Listen to “(You’ve Been Quite a Doll) Raggedy Ann” here.

Also, please, please watch Damani Baker’s fabulous documentary Still Bill. In fact – everyone should watch it at least once a year to keep their head on straight.

Continuing its series of tribute CDs, the WV Music Hall of Fame’s latest release features the songs of Billy Edd Wheeler, one of West Virginia’s most prolific and successful songwriters.

In addition, there are three bonus tracks: a live version of “High Flyin’ Bird” by The Tim O’Brien Band from Mountain Stage; “Nervous as an Outhouse Rat” (Billy Edd Wheeler’s spoken word intro to “The Rev. Mr. Black”); and the finale of “The Reverend Mr. Black” from the WVMHoF’s tribute show at Carnegie Hall in 2018.

A poet, a playwright and a painter, Boone County native Billy Edd Wheeler is one of West Virginia’s true Renaissance Men. But of his many gifts, his skill as a songwriter has gained him the greatest acclaim.

A partial list of artists who have recorded his songs is a testimony to the depth of his songwriting: Johnny Cash, June Carter, Elvis Presley, Kenny Rogers, The Kingston Trio, Nancy Sinatra, Hazel Dickens, Neil Young, Richie Havens, and the Jefferson Airplane.

Check out a great introductory piece on the WVMHoF’s CD tribute to Billy Edd Wheeler by Bill Lynch in the Charleston Gazette-Mail. It includes a conversation with Billy Edd. Click here.

The CD is available on the Shop page, at Taylor Books (downtown Charleston), at the WVMHoF’s office (304/342-4412) and store in the Charleston Town Center. 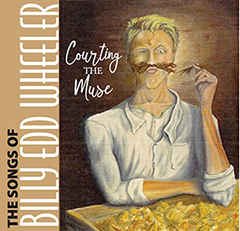 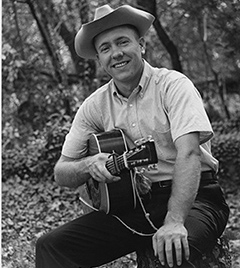 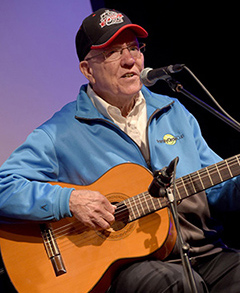 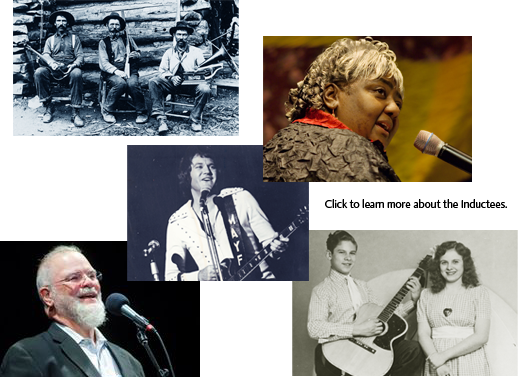 The WVMHoF is proud to announce the five artists who will be inducted in April 2020. They are WV’s First Lady of Gospel Ethel Caffie-Austin; brother-sister country-rockabilly duo Sonny & Honey Davis; multi-faceted singer/songwriter/producer Larry Groce; legendary traditional musicians The Hammons Family; and eclectic singer/songwriter/actor Mayf Nutter. The eighth induction ceremony will be held April 4, 2020 in the Culture Center Theater in Charleston. 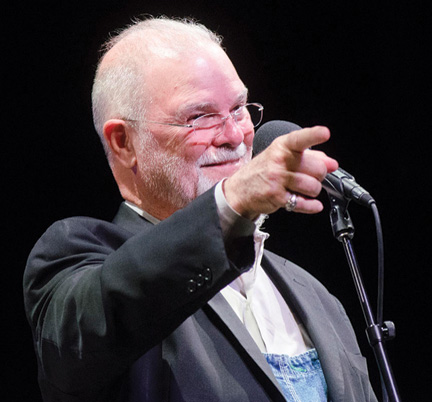 The Charleston Gazette-Mail has recognized long-time Mountain Stage host and 2020 Hall of Fame Inductee as its West Virginian of the Year. Groce was applauded as a “Texas transplant who became one of WV’s best-known voices.” Click here for the story.

The Hall of Fame wholeheartedly agrees that West Virginia is indeed a better place to live thanks to Larry's creative endeavors and tireless work.


Check out this piece on the WV Music Hall of Fame by WOWK’s Rob Macko. Thoughtful and well-researched!