In the mid- to late-’80s, Kathy Mattea was one of the most respected female country stars and a successful hit maker who brought elements of folk, bluegrass, gospel, and singer/songwriter intimacy to her music. In 1976, while attending WVU, Mattea joined the bluegrass band Pennsboro. Two years later, she dropped out of school and moved to Nashville. She landed a deal with Mercury Records in 1983, but it wasn't until her third effort, 1986’s Walk the Way the Wind Blows, that she broke through critically and commercially.

Her 1989 album, Willow in the Wind, became her first gold record on the strength of the No. 1 hits “Burnin’ Old Memories” and “Come From the Heart,” and the No. 2 “She Came From Fort Worth.” In addition, the album’s Top Ten “Where’ve You Been” won a Grammy for Best Female Country Vocal. In the early ’90s, Mattea predated many of her peers when she made several trips to Scotland to study the links between country music and traditional Scottish folk. The 1993 gospel-oriented Christmas record Good News won a Grammy for Best Southern/Country/Bluegrass Gospel Album.

In 2008, Mattea released a CD titled Coal, and took a controversial stand on mountaintop removal. Mattea remains one of WV’s most revered musicians. 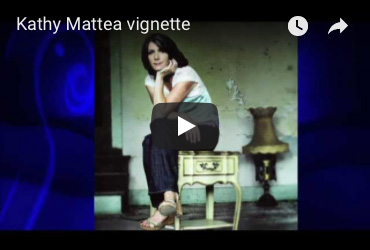 Video will open in new window.